When we ended the working year we posted about the arrival of the Fairey Huntsman.  With a day to run we decided we had time to get the engines out to give us a head-start on our return in January; this operation went smoothly given the age of the fixings and corrosion.

Since the start of the year we have stripped one engine down of parts for service, testing and painting, removed the fuel tanks and stripped a majority of the paint from the hull both externally and internally.

Paint removal was one of the harder decisions to date as it needed to be non aggressive on the wet wood.  We disgarded blasting with a solid media, but considered ice blasting.  Ice blasting seemed the most viable, however this became financially restrictive due to the overall cost of hire and the ice pellet quantity required for the whole boat.

In the end we have undertaken this work the old fashioned way ‘elbow grease’.  It has done the job and exposed all the rotten wood we need to contend with and limited any further damage that might have occurred with other methods.  There was more rot than hoped but not enough to deter the team from the project.  Still more paint to remove but making progress.

The scaffold is up and once the wind subsides we’ll shrink wrap her in so she’s in a position for the deck to be removed for deck frame inspection. 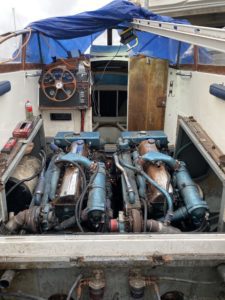 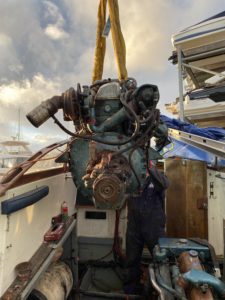 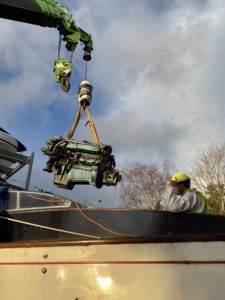 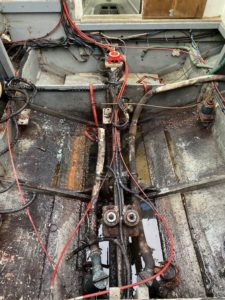 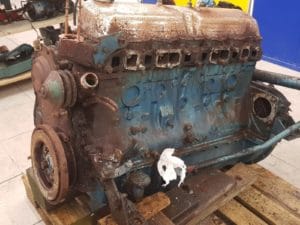 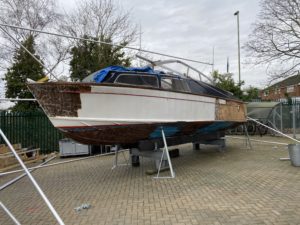 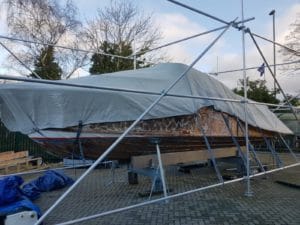 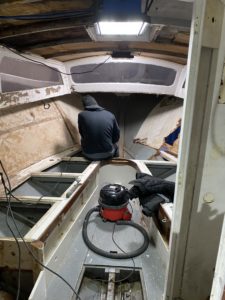