As the UK’s only authorised Nautor’s Swan Service Centre, Vortec Marine were delighted to support the 18th edition of the Swan European Regatta, held in Cowes in July 2017.

Chris Olsen, Vortec’s recently appointed Head of Rigging provided a free pre-race rig-check service to all competitors. In addition, a maintenance team from Vortec Marine along with a well-stocked spares van were on-hand in Cowes throughout the regatta, providing immediate service support to all entrants, to ensure uninterrupted racing.

Varied conditions over the three days of racing ensured fun and frustration on the water.  Shore-side, the Royal Yacht Squadron hosted a number of superb events including an Owner’s Dinner and end of regatta BBQ.

It was a delight to see so many beautiful and well cared-for Nautor Swan yachts racing in the Solent, but it was Harold Baum’s beautiful Swan 48 ‘Elan’ that received the Lewmar Trophy for the Best Maintained Yacht from Ross Collingwood, Managing Director of Vortec Marine (Nautor’s Swan Authorised Service Centre). 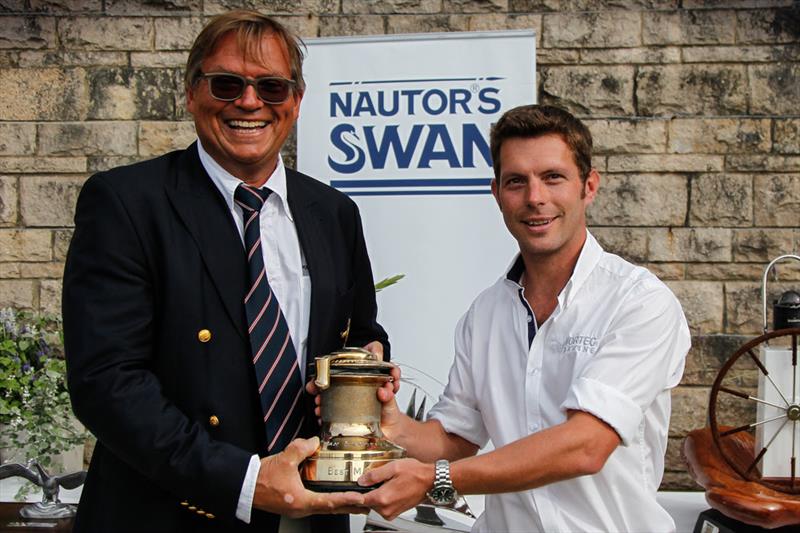