Re-caulking the entire deck of Swan 61 in Palma, Mallorca

The owner of Sirma, a pretty Nautor’s Swan 61 based in Palma had noticed that the caulking in the teak decking had dried, which was pulling away from the teak deck panels. Not only is this unsightly but it increases the risk of water ingress.

The skipper had prior experience of working with Vortec Marine and after contacting a range of local companies he felt that Vortec Marine – with a proven track record of expertise and attention to detail – were the best company for the job.

Two joiners from the Vortec Marine team flew to Palma.  During weeks of back breaking work, they stripped out the old caulking from between each of the teak slats, taped up the sides of the groove in order to treat just the bottom with a non-stick agent to ensure the decking once stuck together can still flex with the boat.

The taping was then removed, some 85 tubes of caulk applied, the edges trimmed and neatened before the entire deck was sanded.

The result is a stunning, watertight, flexible teak deck which should last for another 15 years if properly cared for. 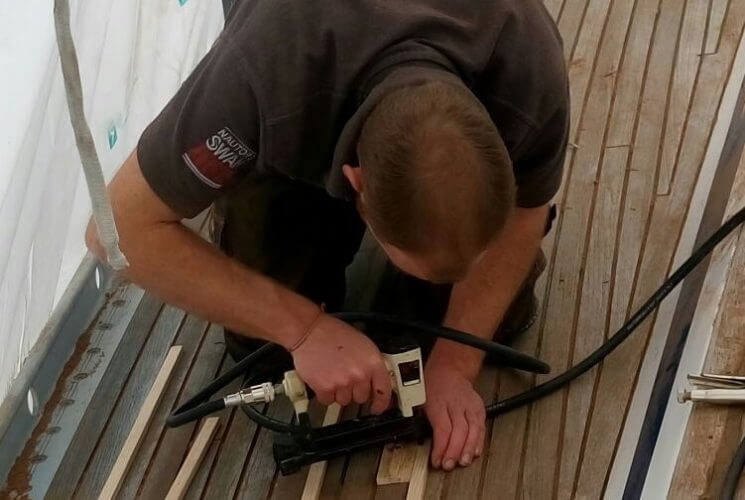 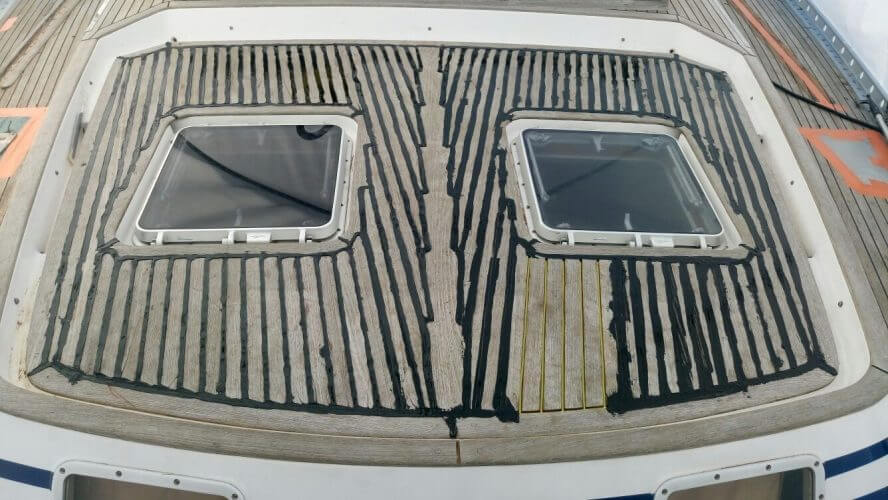 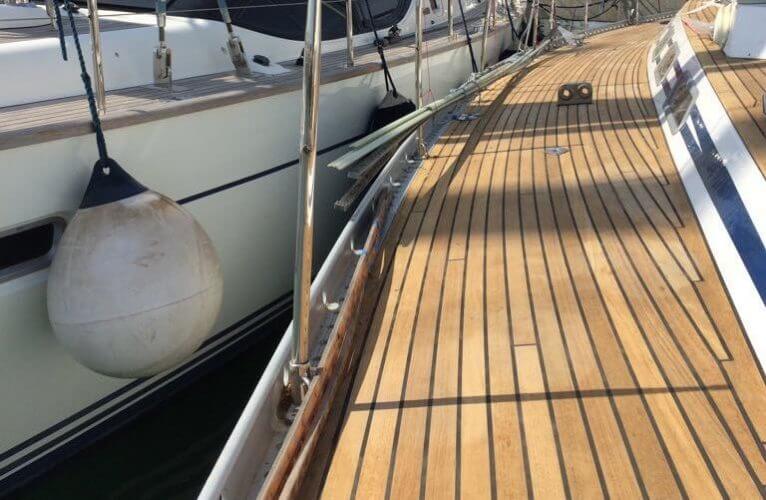